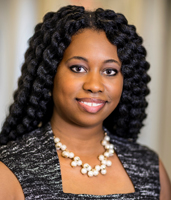 I remember how excited we felt about starting college. At the minority prefreshman program, we met with the new director of multicultural student services and the new African-American chaplain, who were both deeply interested in our success. This is because we were the largest class of Black and Hispanic students the school had ever seen. We had all grown up in the hip hop 1980’s, but we also represented the last cultural vestiges of the 1960’s and 1970’s. Most of us were active members of student committees and groups that promoted cultural pride and educational success. We had watched Eyes on the Prize in school or with our parents and understood the significance of struggle. We knew the Fresh Prince, Parliament Funkadelic and Nirvana. Our experiences ranged from public schools to exclusive boarding schools. We felt that we were culturally ready for college.

The problem was that the school had not yet been prepared for us. We sat one day in the Unity House meeting room with several deans and administrators who were deeply concerned. They heard that many of us intended to go into health careers. They welcomed us to the campus and told us that we should feel at home. Then they encouraged us to consider other careers, because it was not likely that we would make it into medical school (the odds were so low), and it would be more realistic to consider other options. This is before any of us wrote a paper, fretted over a chemistry calculation, or dissected a frog. We understood that they were well intentioned. What they meant was that there was unlimited potential for growth and learning in college and that we should be open to the possibilities of exploring all our interests. What they didn’t know was that we had met them before.

I met them when I sat in front of a panel for a scholarship interview, and they expressed their surprise at my great scores—for a minority, public school student. I would meet them again while arriving for a research training program at the National Institutes of Health and being mistaken as the new secretary. Then again, when interviewing for medical school with a medical director who thought I must be interested in the MD/PhD program only because of the money involved—surely my interests weren’t purely academic. They were the same professors who encouraged me to consider traveling around Europe to “find myself” when I told them I was interested in medicine. These were gatekeepers to the realm of academic possibilities, and they knew that we were unlikely to succeed.

What they did not realize was that I had prayed about what I was supposed to do in life, having been urged to decide by the ever-looming threat of preteen pregnancy and the dropout rates in my neighborhood. I made the decision to become a doctor when I was 12 years old, and it was then that I decided I belonged to that community. The concurrent presence of negative voices along my journey did not dissuade me, but they affirmed my belonging to the shared struggle experienced by my family, friends, and community in pursuing our collective dreams. Their attempt to advise us to make decisions based on our putative limitations were already a part of our lived experience. It is true that during college many of us found our niche in other fields. However, those decisions arose freely as a part of the normal exploration of interest and identity that occurs in the college environment. Indeed, many of us did become medical professionals.

Much of my journey to becoming a physician and a researcher has been marked by academic curiosity and perseverance, incredible mentorship, and family support.  Medicine is where my community focus and intellectual fervor align. However, it is the thread of rejection that has been a constant motivator. It is the reason why I am not just a clinician, but a community educator, an advocate, and a mentor. It has allowed me to see belonging to this community as both an earned privilege and a gateway for others to adopt a posture of belonging as they pursue their goals.