Posted on November 14, 2018 by stfmguestblogger | 6 Comments 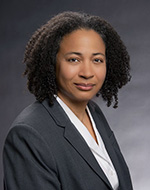 In the last couple of years, I have been a co-teacher in an undergraduate program part of whose mission is to increase underrepresented in medicine (URM) students in our medical school. There are many reasons I have chosen to do this and to fully understand, I thought it would be important to share a little bit of my student career history.

To begin, nothing in here is about bragging. It’s really about sharing a story that may be similar to what others have seen.

My high school was a very high performing public school: we had 13 National Merit Scholars in the year I graduated, and I was one of them. (Except at that time in 1985 my award was called National Merit Outstanding Negro Scholar. I’m not joking. That’s exactly what it was called in 1985.) I mention this because it’s an indication of the fact that I would have been considered a very high-capacity, high-potential performer for college.

For many reasons that I won’t go into, there was no family support for me either financially or socially to enter college. So I found a way to get to college by myself. Eventually, I decided to stay in the town that I grew up in and went to school at Oklahoma University.

In order to afford food and books, I had to work night shifts at Hardee’s, closing the restaurant quite late. I didn’t have a car so if my friend couldn’t pick me up I walked back to campus. I worked multiple nights each week and carried a full credit load. I would say my grades there were mediocre at best. By the end of the first semester, it was clear to me that I was very bored staying in the same town that I grew up in. I went to the large pile of brochures that I’d been sent after winning National Merit Outstanding Negro Scholar award and I chose to apply to Boston University because it had rolling admissions and would accept me based on my ACT and SAT scores alone as my GPA was not very impressive. I ended the year with about a 3.2.

As a result of my ACT and SAT test scores, Boston University offered me a significant scholarship in my first year. I still had work-study obligations but I had more time for my education and I did much better. My second-year financial offer was cut significantly and I had to work in order to continue to stay in school. At that point, my grades began to drop.

The beginning of the third year I was unable to meet the financial obligation that would have allowed me to stay in school at Boston University. I dropped out, got a job, and continued to go to classes. There were times when I would take a test and write on it to the professor “I’m not enrolled in this class but I am enjoying learning from you.” I was a live-in nanny. I worked, went to some classes, and finally, I got a job at Fenway Community Health Center in Boston as a phlebotomist. My friends all graduated in 1989. I had a good job, I was in health care, and I enjoyed the people I got to work with. Fenway Community Center at that time was one of the only places in New England that HIV patients could get treatment. I worked there at the time when only AZT was available for treatment. I saw a lot of people die that I couldn’t help. And I decided that I needed to go back to school to finish my degree and become a doctor.

There’s a fascinating story about how I got into the University of California, Santa Cruz, but I will share that another time. In short, I had significant financial support from the university. I was able to bring my grades up to the point where I was able to apply for an NIH student scholarship. I was accepted and became an NIH minority biomedical research scholar (MBRS). As a result, I had pretty much a full scholarship to finish off my bachelor’s degree. Every year there my grades improved as my scholarship funding and social support became more robust. By the end of my time at UCSC I received the second-highest grade on the biology exit exam and as a result, graduated with honors. I entered medical school the following academic year. I had full funding as a result of loans and scholarships and proceeded to make the best grades of my life. I graduated with honors, got the residency of my first choice, and was immediately hired as faculty with a joint appointment in the department of family medicine and the department of obstetrics and gynecology.

Since then I have been humbly honored with a distinguished career with multiple awards and leadership positions. As I said, this is not to brag about who I am, but to tell the story of who I was, and how I got to be who I am. People invested in me, and it paid back dividends.

I wanted to share this story because I don’t know which one of those kids in that class is me, but I know they’re in there. And they deserve a chance.

Like Loading...
This entry was posted in Education, Family Medicine Stories, Medical School, Residency, Uncategorized, Underrepresented in Medicine and tagged Path We Took. Bookmark the permalink.

Leave a Reply — Comments may be moderated. If you don't see your comment, please be patient. Cancel reply