Why I Chose Family Medicine

This blog post is a finalist in the STFM Blog Competition. 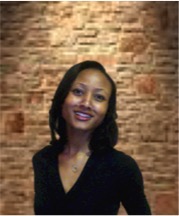 At the start of my internal medicine clerkship in medical school, I learned that I had inherited a “difficult patient.” He was 28 years old and had been admitted overnight for hypercalcemia and poorly-controlled sarcoidosis. During sign-out, the overnight resident shared that my “difficult patient”, Mr Johnson, was “non-compliant” with his medications and was threatening to leave against medical advice (AMA). Like a dutiful medical student, I shuffled to Mr Johnson’s room to check in before rounds. Maybe I’d gain some insight and garner some early-rotation good will, I thought. “You’ve done this before,” I reminded myself as I paused outside of room 1354. One swift, sharp breath to steel myself against…I wasn’t sure what. Two knocks and in: “Mr Johnson! I’m Student-Doctor Arnett. How are you this morning?”
Thirty minutes later, the story had shifted and I remember it like it was yesterday. I sat at Mr Johnson’s bedside while he sat slouched on the bed with his legs swung over the side. I don’t know whether it was his familiar eyes that turned down at the corners like my brothers’ or whether it was the pragmatism around the explanation of his life and choices, but I couldn’t for the life of me see Mr Johnson as “difficult.”
Had he skipped months of medications? Sure, but who wouldn’t if, like him, they were affordable. Had he missed his last several primary care and rheumatology visits? Absolutely, but with an understanding of his financial instability, how could he afford his copay? Had he asked to leave AMA before his calcium levels had normalized? “Definitely,” he stated calmly, “and I still plan to.” Mr Johnson shared that he essentially had two full-time jobs. Not only was he a home health aid, but he was also the primary caretaker of his bedridden mother. To complicate matters, his mother had advanced sarcoidosis and insulin-dependent diabetes complicated by kidney failure. If he stayed in the hospital overnight, not only could his home-bound clients miss out on care, but his mother would miss her meals and insulin doses.
My senior resident who had entered the room during the discussion interjected, “could your wife or another family member help with your mother for the day? Couldn’t they just leave work for an hour or two?”
Mr Johnson’s face answered the question. He absolutely could not ask his wife to leave work and risk losing her job—especially because the couple had spent the last 6 months saving money to move their three children to a new home away from the stray bullets and poor housing structure of their West Philadelphia high-rise. He pointed through the hospital window to the towering pale brick structure, “right over there.” Mr Johnson told us that his landlord refused to fix the hole in his wall. He couldn’t bear to let his children to endure another frigid winter with outside air seeping indoors. It was almost September.
For years afterward, I would pass this apartment complex on my hospital commute, recall Mr Johnson’s trembling shoulders with tense hands demonstrating the head-sized hole in his living room and wonder what that winter was like for him.
We sat in silence as I processed that information. I watched him crumble a piece of Kleenex, folding and unfolding the corners anxiously. That Mr Johnson fell short in his chronic disease self-management was no surprise. This person, whose clinical condition I was charged to improve, was plagued by the challenges of care giving, job insecurity, sub-par housing and community violence, all compounded by poor social support and a severe chronic medical condition. He was doing the best he could.
As an inpatient medicine clerkship student, I couldn’t relieve his non-clinical pain. Although, my team successfully convinced Mr Johnson to stay in the hospital one more night to receive another dose of bisphosphonates, I couldn’t help but feel that, despite our best efforts, we had failed him.
Later, I would read research articles categorizing patients like Mr Johnson as “underserved.” These articles would detachedly describe those difficult parts of his life (his caregiver burden, housing insecurity, and poor social support) as “social determinants of health.” Internally, I railed at the realization that the chances of maintaining health are correlated with factors over which we have such little control, such as whether we are born into a community with a grocery store or safe green spaces for exercise. Simultaneously, I rejoiced at the opportunity granted by this new vocabulary—the chance to understand and address these very real challenges shared by so many community members including many of our friends and family. My values found a professional home when, months later during my family nedicine clerkship, residents and attendings used similar language not to alienate “difficult patients” but to provide comprehensive care to human beings facing difficulties that compromised their health.
Now, a second year family medicine resident, struggling through 20-minute patient visits and workflow challenges, I’ve shed some of my naïve optimism, revealing a rougher, yet gratifying, realism. In no way do I expect to solve patients’ social, behavioral and psychological barriers to health in the clinic. Still, I am gratefully learning from patients, peers and attendings how best to assess patients’ difficulties and build appropriate care plans in order to address them together.

Like Loading...
This entry was posted in STFM Blog Competition, Uncategorized and tagged Resident Author. Bookmark the permalink.

13 responses to “Why I Chose Family Medicine”